IPS – When Environmental Crises Hit Homes, Women Suffer the Most 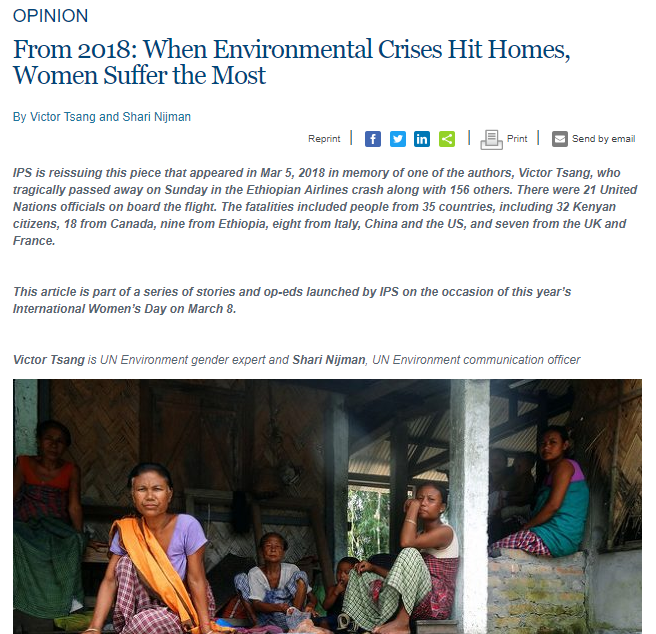 by the Inter Press Service (IPS) highlights how environmental emergencies can have a more exacerbated impact on women.

The authors shed light on to the importance of adopting a holistic approach to achieving the Sustainable Development Goals by empowering women and young girls who play a key role in building a sustainable future.

This study explores the role women play in disaster risk governance and identifies a variety of social, cultural and legal factors which may limit these roles.