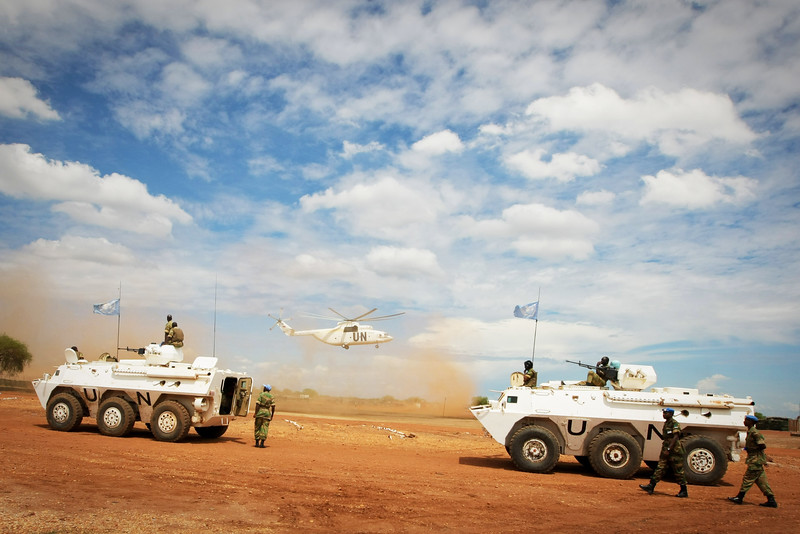 Day for Preventing the Exploitation of the Environment in War and Armed Conflict is an official day declared by the UN General Assembly to highlight the environmental degradation brought about by armed conflict. To celebrate this important milestone, this publication details the work being conducted by UN Environment to address the environmental damages of war.

On 5 November 2001, the UN General Assembly declared 6 November of each year as the International Day for Preventing the Exploitation of the Environment in War and Armed Conflict (A/RES/56/4). Times of war can result in rapid environmental degradation as people struggle to survive and environmental management systems break down, resulting in damage to critical ecosystems. For over six decades, armed conflicts have occurred in more than two-thirds of the world’s biodiversity hotspots, thus posing critical threats to conservation efforts.

To celebrate the 17th anniversary of this day’s inception, the UN Environment Programme prepared historical and contemporary reminders of why we need to protect biodiversity from the direct and indirect effects of wars and armed conflicts.

This mission report describes the environmental assessments of experts deployed by the UN Environment/OCHA Joint Unit during conflict in Sudan.

On 6 November 2017, 31 NGOs and 12 experts joined forces and used the United Nations’ International Day for Preventing the Exploitation of the Environment in War and Armed Conflict as an opportunity to advocate for greater progress in efforts to protect people and the environment from the impact of…