The report presents the results of a September 2019 environmental scoping mission by the UN Environment Programme / OCHA Joint Environment Unit (JEU) and Norwegian Refugee Council (NRC). The Bidibidi Refugee Settlement is located in the West Nile Area of Uganda, and is home to over 270,000 South Sudanese refugees — the second largest refugee settlement in the world.

The purpose of the mission was to highlight key areas of environmental risk in the NRC West Nile Programme while using, testing and promoting the Nexus Environmental Assessment Tool (NEAT+). The mission was financially supported by NRC, UNEP and OCHA.

The scoping took place in Bidibidi Settlement Zones 3 and 5, locations of a future NRC and partner funded European Union Trust Fund (EUTF) programme with a strong emphasis on agriculture and food security.

These zones were chosen in order to test the differences in environmental sensitivity between the newest established Zone 5 and the older Zone 3. Bidibidi Refugee Settlement was opened in August 2016 to accommodate a high influx of South Sudanese refugees. 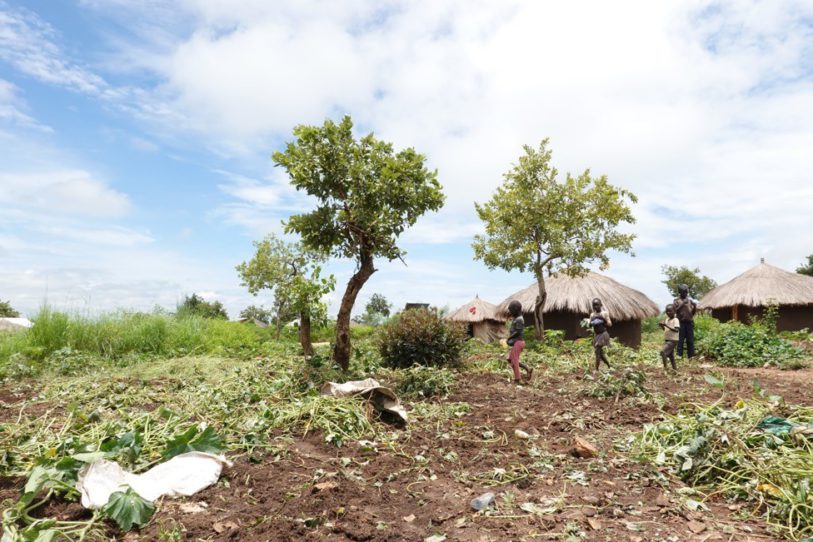 To support the needs of the South Sudanese refugees, who primarily come from the Equatoria region, and the host communities of Bidibidi refugee settlement, there are over 30 civil society and government organizations working within Bidibidi.

Current environmental dialogue about Bidibidi is often focused on minimizing land degradation and deforestation, due to host and refugee community dependence on biomass for fuel. This concern is well documented by both government and and civil society organizations, with several mitigation strategies already underway.

The scoping mission additionally identified environmental concerns that seem under-defined by current programmes of work in Bidibidi. Of particular concern is the lack of waste management, leading to increased risks to human health, and lack of awareness about environmentally sustainable behaviours.

The findings of this report are based on a combination of a field test of the NEAT+, eight focus group discussions including participatory mapping with refugee and host community groups, and a secondary data review.

To find out how it can support your organization’s planning, contact the UN Environment/Office for the Coordination of Humanitarian Affairs Joint Unit (ochaunep@un.org).

Throughout the humanitarian programme cycle of disaster preparedness, response, and recovery, a range of guidelines, manuals, toolkits and mechanisms have been developed to support the decision-making assessment process. However, no single mechanism or tool is comprehensive or accepted as standard operating procedure. Furthermore, the extent to which environmental assessments are…

A Massive Open Online Course (MOOC) on Environmental Security and Sustaining Peace, which provides an in-depth introduction to the multiple roles that natural resources and the environment play in the onset, escalation, resolution and recovery from violent conflicts.