The Living Under a Black Sky report 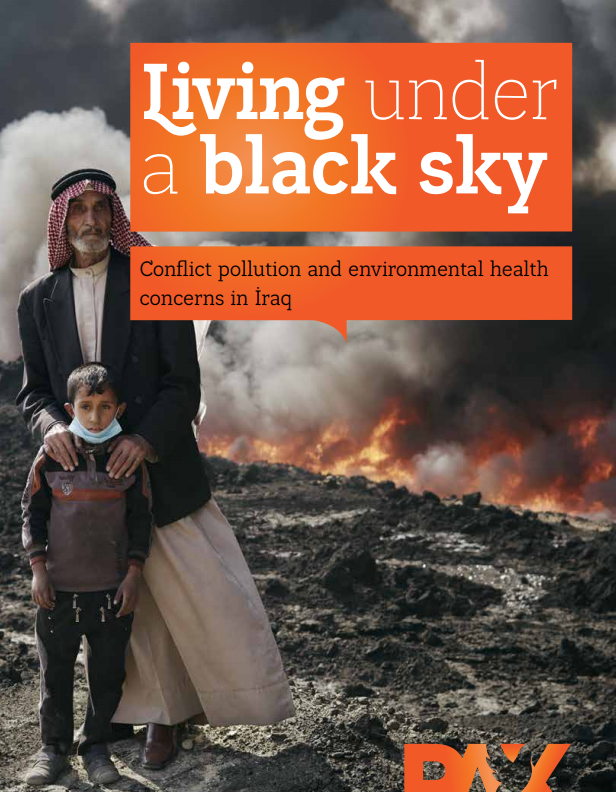 by PAX for Peace highlights how the conflict in Iraq has left a toxic trail of destruction which could have severe health consequences for communities and reconstruction efforts. Among other dangerous developments, the report identifies a sharp increase of hazardous artisanal oil refining.

For the last three years, PAX has monitored the ongoing fighting in Iraq using open-source methods, and through contact with local partners, UN institutions and humanitarian organisations, to collect data on potential environmental hotspots. The findings of the report demonstrate the wide-ranging toxic consequences of conflict for the environment and for the health of civilians, as well as the hinderances it causes during reconstruction efforts. Widespread damage to urban areas, including Mosul, generated millions of tons of rubble often mixed with hazardous materials. In addition, the fighting targeted critical infrastructure such as powerplants and sewage systems, the absence of which in turn can have detrimental environmental health risks.

You can consult the report here.

PAX for Peace - Living Under a Black Sky

A Massive Open Online Course (MOOC) on Environmental Security and Sustaining Peace, which provides an in-depth introduction to the multiple roles that natural resources and the environment play in the onset, escalation, resolution and recovery from violent conflicts.