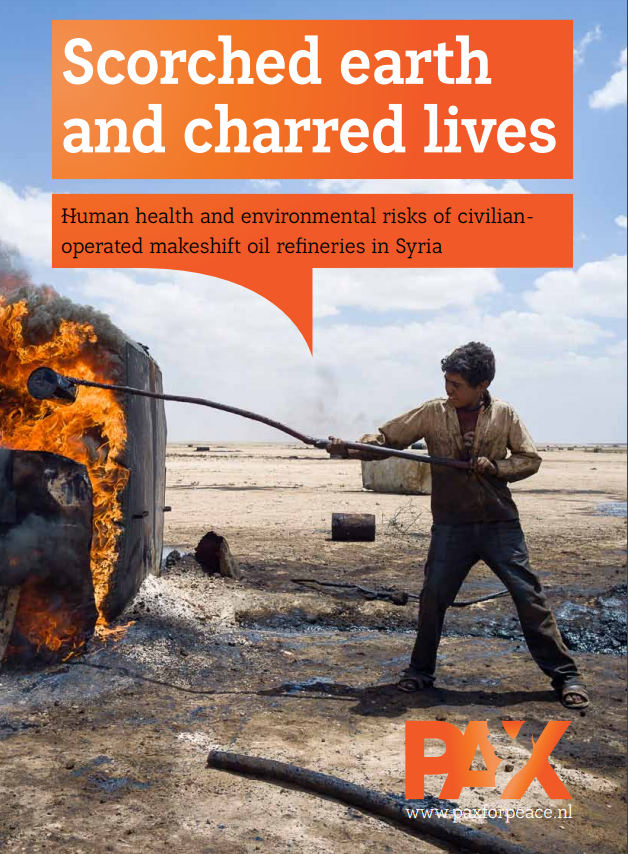 Earth and Charred Lives report by PAX for Peace studies the increase in makeshift oil refining in Syria and the environmental and health issues caused by this practice.

The consequences for public health and the environment are huge. This research provided by PAX for Peace highlights wider concerns about the unpredictable consequences of conflict on public and environmental health. It urges international agencies, relevant member states and their armed forces as well as relevant humanitarian actors to prepare intervention strategies for dealing with the serious health impacts of civilian-operated oil refineries, as well as socioeconomic development plans to support alternative ways of generating income. The research builds on PAX’s previous desktop study “Amidst the debris” published in October 2015.

You can consult the report here.

A mission report from the Joint Research Centre of the European Commission mapping of dam failure scenarios for Mosul Dam in Iraq.

A technical note from a rapid scoping mission assessing the environmental issues in areas retaken from ISIL in Iraq.